The Free Spirit Award was created in 2003 to honour and show appreciation for the works of artistes and individuals working for peace and justice, social, and environmental issues from around the world. The annual award is marked by presentation of a certificate with an inscription summing up the work of the distinguished receiver. 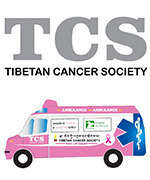 The nineteenth award was given in 2021 to Tibetan Cancer Society for their unfaltering care and compassion in tending to a large number of people during the Coronavirus pandemic, keeping them safe and secure.

The eighteenth award was given in 2020 to Nancy Pelosi for her love and care for Tibet and the Tibetan people, and her support in fighting for their rights and freedom from the Chinese government. Ms Pelosi is a global icon of peace, justice and freedom. She openly and frankly raises her voice wherever there are injustices and human rights abuses.

The seventeenth award was given in 2019 to Tsering Dolkar For her continuing selfless service taking care of sick people seven days a week, earning the nickname 'Tibetan Mother Teresa'. She helps patients with doctor appointments, translats what the doctors told them, and explains in a way the patients could understand. She helps them get their medicines and takes care of them at her home while they recover.

The sixteenth award was given in 2018 to Rebiya Kadeer For her outstanding work towards freedom and peace for the people of East Turkistan ("Xinjiang"), who are now living in a giant police state under China's oppression.

The fifteenth award, for 2017, was given to Waste Warriors for working towards a clean India, with collection of recyclable/regular waste, trail clean-ups, education programs, and talks with authorities promoting sustainable waste management practices.

The fourteenth award was given in 2016 to Deb Jarrett for taking care of stray animals in the Dharamshala area, and teaching the community to treat the stray animal population as a local problem that can be managed with compassion and education.

The thirteenth award was given in 2105 to Ghazala Abdullah for her unflagging work to educate and inform locals and authorities about the illegal culling of trees in the Dharamshala area.

The twelfth award in 2014 was given to Edward Snowden for letting us all know about extensive world-wide surveillance by the government of the United States, with its accompanying destruction of the basic human right of privacy.

The eleventh award in 2013 was given to Langtsa Tsetan Dorjee for his "Peace March to Tibet" in 2012 and 2013, and his commitment and dedication to his beliefs for freedom, peace and justice.

The tenth award in 2012 was presented to Loten Namling for his "Coffin Campaign for Tibet" pilgrimage across Switzerland in May 2012.

The ninth award in 2011 was presented to Russel Norman who openly supported the Tibetan people in their quest for freedom and democracy in Tibet.

The eighth award in 2010, presented to the person, has been withdrawn as unfortunately he did not live up to our expectations and standards.

The seventh award in 2009 was presented to Martin Jahnke who hurled a shoe at Chinese Premier Wen Jiabao, shouting "Get out of Tibet!"

The sixth award in 2008 was presented to Martin Wyness who set off a fire extinguisher as the Beijing Olympics 2008 torch was carried through West London; and to Jimmy Jump, who ran onto the pitch towards the end of the Euro 2008 semi-final in Basel, Switzerland, wearing a t-shirt saying "Tibet is not China".

Students for a Free Tibet

The fifth award, in 2007 was presented to Students for a Free Tibet who unfurled a 450-square foot protest banner reading "One World, One Dream, Free Tibet 2008" in English and Chinese from the top of the Great Wall of China on 7 August 2007.

The fourth award in 2006 was presented to Katie Mallin, Omi Hodwitz, and Kathy Ni Keefe who scaled the façade of Beijing's Central Railway Station and unfurled a banner reading "China's Tibet Railway: Designed to Destroy" on 30 June 2006.

The third award was presented in 2005, to Han Shan and Liam Phelan, from the US and Australia respectively, for unfurling a protest banner that said: "No Olympics in China until Tibet is free" in Beijing on 31 August 2004.

The second award, in 2004, was presented to Meghan Claire Howard who greeted Chinese Premier Wen Jiabao on 10 December 2003 with a Tibetan flag at his talk at Harvard Business School.

The first Free Spirit Award was presented in 2003, to Richard Gere for his relentless and unmatched contributions towards the cause of the Tibetan people, world peace, environmental issues, and campaign against the spread of AIDS.