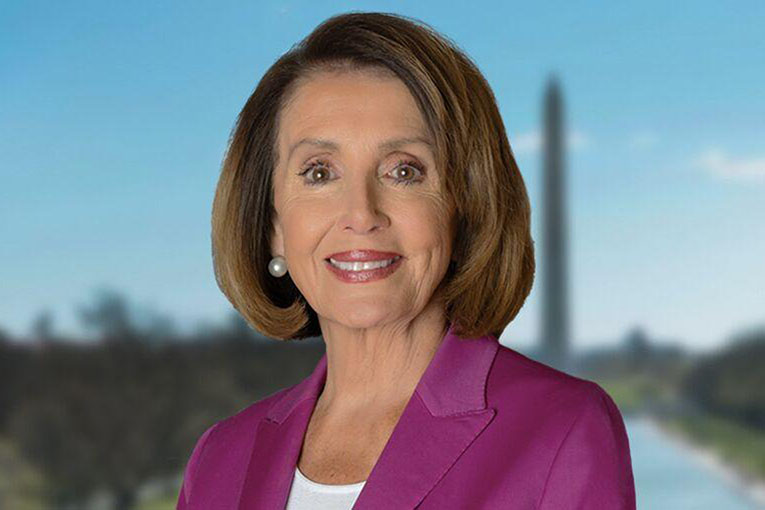 Nancy Pelosi is an American politician serving as Speaker of the United States House of Representatives since 2019, and before that from 2007 to 2011. Pelosi has served as a US representative from California since 1987.

A member of the Democratic Party, she is the only woman in US history to serve as Speaker and, until the election of Kamala Harris as Vice President, was the highest-ranking female elected official in United States history. As House Speaker, Pelosi is second in the presidential line of succession, after the vice president.

Nancy Pelosi is a global icon of peace, justice, and freedom. She openly and frankly raises her voice wherever there are injustices and human rights abuses. Tibet is on the top of her list, supporting the movement for freedom in the Himalayan region. During her visit in 2008 to McLeod Ganj, the seat of the Tibetan Diaspora, after meeting with the Dalai Lama and officials of the exile administration, Pelosi said the free world will have lost its moral authority to speak about human rights if it did not speak up against Chinese oppression in Tibet. "The situation in Tibet is a challenge to the conscience of the world." She visited McLeod Ganj a second time in 2017, leading an eight-member bipartisan delegation.

As a critic of China for decades on issues such as trade and human rights, Pelosi has ratcheted up pressure on China over its treatment of Uyghur Muslims in East Turkistan, where China has reportedly incarcerated over a million people in forced labour and concentration camps. Similarly, she has unequivocally criticised the Chinese government for imprisoning and violently silencing Hong Kong democracy activists, and advocates for the rule of law in Hong Kong.

Pelosi and other Democratic leaders pressed President Donald Trump to impose real punishments on China for its unfair trade practices, and urged Trump to take a strong stand against China on democracy and human rights issues alongside forging bilateral relations for US national and economic security.

"But human rights are also integral to a fair trading relationship in countries like China that exploit prison labour, engage in other unfair labour practices, and stifle free speech and dissent," Pelosi wrote in a letter to President Trump in 2017.

The organisers of the Free Spirit Award thank Ms Pelosi for her unwavering love and support for Tibetan people in their quest for a Free Tibet, and for speaking out against injustice everywhere around the world. May she live a long, happy, and healthy life.