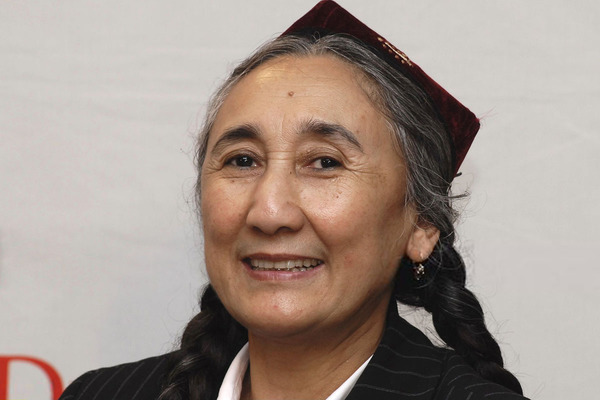 Rebiya Kadeer is presented with the Free Spirit Award 2018 for her outstanding work towards freedom and peace for the people of East Turkistan. The Award was given to Ms Kadeer during an event in McLeod Ganj, India, on 20 May 2019.

In East Turkistan — since 1949 the Chinese province of Xinjiang — houses, streets, and entire villages have been emptied of their inhabitants. Accused of religious extremism, they are sent to “re-education through labour camps” or “vocational training” centres, as the authorities call them, without any form of trial. Human rights groups are calling it the largest mass incarceration of the 21st century.

In the name of “fighting terrorism” — attacks blamed on Uyghurs have killed hundreds in recent years — China has turned the whole of East Turkistan province into a gigantic police state.

In 1999 when she lived in China, Rebiya Kadeer was sentenced by the Chinese government to eight years in prison on charges of “passing on classified information to foreigners.” Due to pressure from the US and human rights groups, China released her in 2005, and put her on a plane to the US to join her family.

Now living in exile in Washington DC, Rebiya Kadeer is one of the most active overseas Uyghur leaders campaigning against Beijing’s oppression of the people in East Turkistan. She has led organisations such as the World Uyghur Congress and the Uyghur American Association.