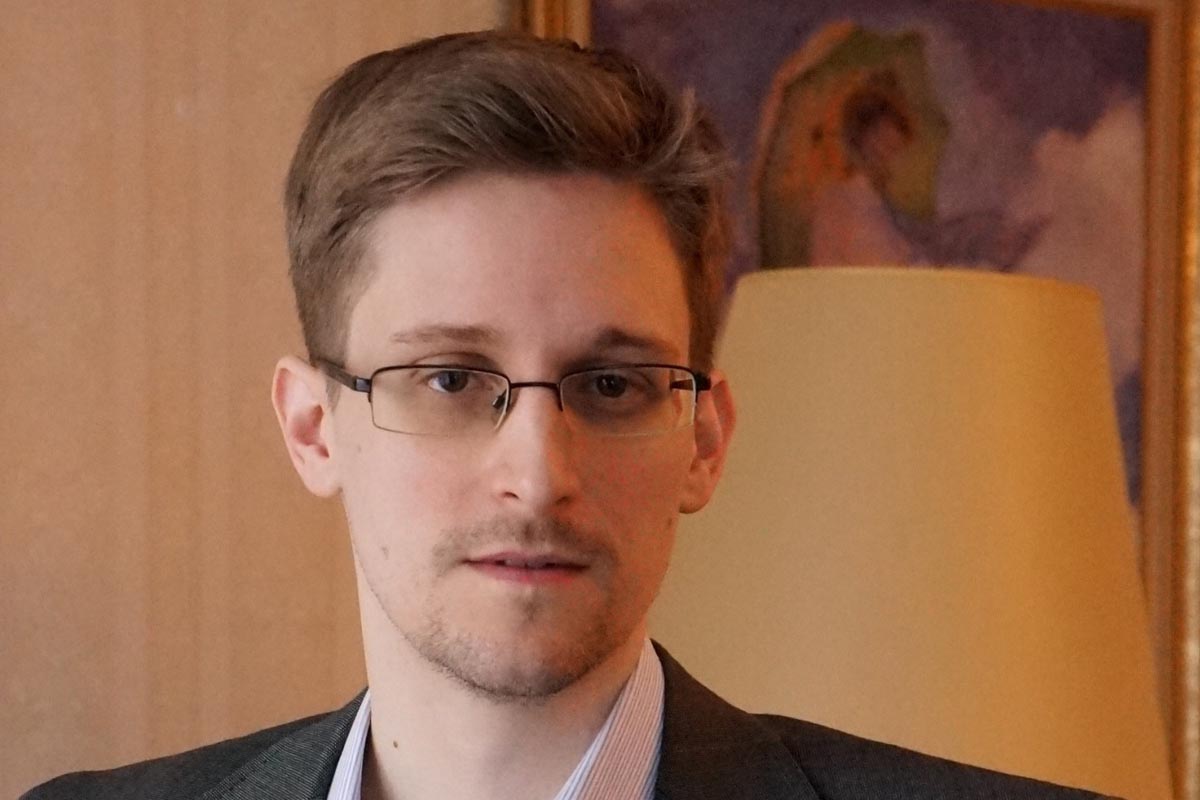 Former intelligence contractor Edward Snowden poses for a photo during an interview in an undisclosed location in December 2013 in Moscow, Russia. Snowden has been in Moscow since June 2012 after getting temporary asylum in order to evade prosecution by authorities in the US. Getty Images/Barton Gellman

The Free Spirit Award 2014 was given to Edward Snowden for letting us all know about extensive world-wide surveillance by the government of the United States, with its accompanying destruction of the basic human right of privacy.

The certificate of the award was presented at a modest ceremony during the 10th anniversary of the Free Spirit Film Festival on 25 October 2014 in McLeod Ganj, India. Mr Snowden (in temporary asylum in Russia due to cancellation of his passport by the US) was unable to be here in person to receive it.

Snowden's release of this information starting in June 2013 has been described as the most significant leak in US history since the release of the Pentagon Papers by Daniel Ellsberg. The leaked documents exposed numerous global surveillance programs, many of them run by the US's NSA along with four other countries, with the cooperation of telecommunication companies and European governments.

Snowden's actions set off a world-wide discussion of privacy and the responsibilities of governments, and investigation into the misdoings of governments, particularly that of the United States, which continues until this day. The "Snowden Effect" has caused drastic changes in people's use of the Internet, their trust in government, and the course of tech companies.

Snowden has been called a "dissident" and "traitor" by some, and people in his own government have talked of imprisonment or death as retribution for his actions.

But many see him as a whistleblower, patriot, and hero. He has been given numerous awards by publications and organisations. Snowden himself says his purpose was and is "to inform the public as to that which is done in their name and that which is done against them."

To do this Snowden left "a very comfortable life" including an excellent job at quite high salary, a home in Hawaii with his long-time girlfriend, and a family he loves. "I'm willing to sacrifice all of that because I can't in good conscience allow the US government to destroy privacy, internet freedom and basic liberties for people around the world with this massive surveillance machine they're secretly building."

Every thinking person should salute his courage, determination, and commitment to the highest principles.

The Free Spirit Award was started in 2003, and is given to show appreciation for people working for peace and justice, social, and environmental issues from around the world.