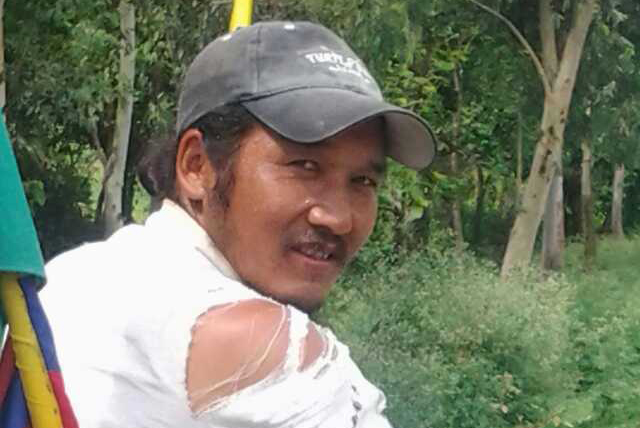 The Free Spirit Award 2013 was given to Tibetan writer-activist Langtsa Tsetan Dorjee, who embarked on a Peace March to Tibet from McLeod Ganj, and has been missing since early June.

His mother, Dombu Kyi, received the award as a certificate, on his behalf at the opening of the annual Free Spirit Film Festival. Three Indian film directors from Kolkata, Pune and Delhi presented the award to Kyi.

Langtsa Tsetan Dorjee started his Peace March to Tibet on 10 March, the Tibetan Uprising Day. The purpose of the March was to tell the Chinese government that China and Tibet need to have a dialogue.

A similar march last year ended after he was imprisoned in Nepal for eight and half months. His mother, Dombu Kyi, and younger sister, Lhamo Kyi, also walked with him. They were all detained by Nepal police at the India/Nepal border. While in detention, Dorjee escaped to complete his quest to go to Tibet, while his mother and sister had to abandon the march due to health issues.

Dorjee has been missing since early June. His mother said that she has been unable to contact her son since 8 June. She believes that he disappeared from Siliguri in West Bengal.

We join in the concern about his condition and whereabouts.

The Free Spirit Award was started in 2003 to honour and show appreciation for the works of artistes and individual supporters of Tibet working for the cause of Tibetan people in particular and world peace, social and environmental issues in general.