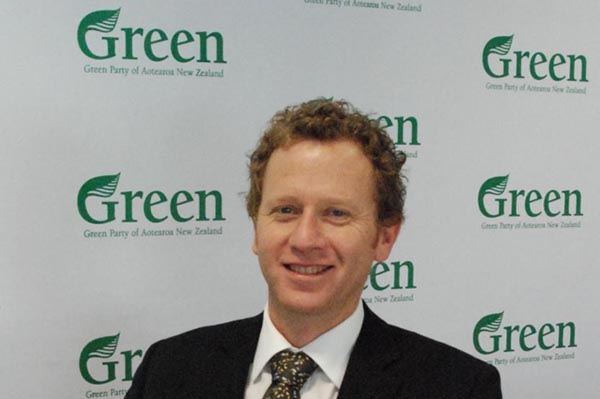 The Free Spirit Award 2011 was presented to Russel Norman, who openly supported the Tibetan people for their quest for freedom and democracy in Tibet.

The Award was announced during the coronation ceremony of Miss Tibet Pageant 2011 at the Tibetan Institute of Performing Arts in Mcleod Ganj, India, on 5 June.

18 June 2010 (Reuters) Russel Norman, a New Zealand lawmaker, waving a Tibetan flag, clashed with Chinese officials during a visit by China's vice president to the country's parliament in June 2010.

Mr Norman was pushed and the flag pulled from his hands by members of the Chinese delegation, leading him to attest that his freedom of speech had been suppressed.

Mr Norman, co-leader of the minority Green Party, was holding the flag and calling out for democracy in Tibet as Xi Jinping arrived at the parliament building for a round of official meetings.

A small group of China supporters, including several identified as security officials, tried to block Norman with an umbrella and then grabbed the Tibetan flag from him.

"I think it's pretty outrageous that Chinese security can come to our country and push around an elected member of parliament simply because we are standing up for democracy and freedom in our own country on our own parliamentary grounds," Mr Norman said after the incident.

Norman said he was roughed up and his flag trampled, and he would make a complaint to New Zealand parliamentary officials about his treatment.

Xi Jinping is on a short visit to New Zealand with a large delegation of business executives and officials.